Difference between revisions of "Understanding HyperSync and High Speed Sync"

This section discusses HyperSync and High Speed Sync at a basic level. Read the HyperSync section for more detailed information on how to adjust HyperSync for your configuration.

This page details how flashes function when triggered with HyperSync, High Speed Sync (or Auto FP), and at your camera's sync limit, or its x-sync speed. HyperSync and High Speed Sync/Auto-FP are not the same thing, and it's important to understand the differences as to how each method relates to your setup.

A flash triggered remotely by a standard radio slave 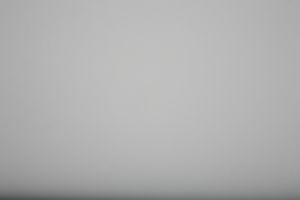 Standard radio slaves can introduce bottom-frame shutter shadowing, or "clipping" in your image even at your camera's sync limit. 5D Classic 1/200th

Adding a standard radio slave to the above time line adds additional microseconds between steps 3 and 4. This additional delay moves the flash triggering moment towards the time when the second shutter will be moving. If your flash has a very long duration, or your shutter is very slow moving, you can get clipping when using a standard radio slave even at X-sync. You may have to use a slower shutter speed.

HSS/Auto FP requires a special flash like a Canon Speedlite or Nikon speedlight that can do the pulsed light technique. Studio strobes are not capable of pulsing light, a requirement for HSS/Auto FP. This method also requires special timing information from the camera that happens between the user pressing the shutter button and the camera's sensor opening. This information is communicated through the TTL pins of a camera's hot shoe. A normal studio flash or standard non-TTL flash cannot perform the light pulse technique, nor does it have the electrical connections required to use the pre-sync information from the camera's TTL hot shoe pins.

The HSS/Auto FP time line would look like this:

A normal, non HSS-Auto FP flash duration is much more efficient at delivering light to a subject than an HSS/Auto-FP or pulsed flash method. You can have your flash farther from a subject, or deliver more light to the scene when using a normal flash, as well as use flashes that aren't even capable of pulsing light as required for HSS/Auto-FP.

HyperSync uses special information available in the TTL shoe pins to trigger a normal flash before X-Sync would occur. It does this by knowing how much time passes from these communications until X-sync. It can also eliminate the delay introduced by a radio slave. This is different from the "HSS hack" in that the timing is both adjustable, and can be optimized for some flashes.

There are two methods of using HyperSync Automation to get flash sync at faster than X-Sync shutter speeds, Highest Energy and Reduced Clipping. Most flashes generate a tall peak of light when first triggered, then that light fades down to a long tail. The two methods choose when to start the flash in relation to the camera's shutters opening.

Thankfully, we've done a lot of the guess work for you, the customer, by shooting as many cameras as we can with as many ControlTL compatible flashes as we can. You can see those below. Simply click on your camera, then find the flash that you wish to use with HyperSync. There are countless combinations of flashes and cameras in the world, and only so many hours in a day, so we are constantly trying to add more and more flashes as time goes by. If you don't see a flash yet, feel free to contact us directly: http://www.pocketwizard.com/contact/inquiry/